A Letter to the BK Community: Steve Piersanti on Berrett-Koehler's Leadership Transition 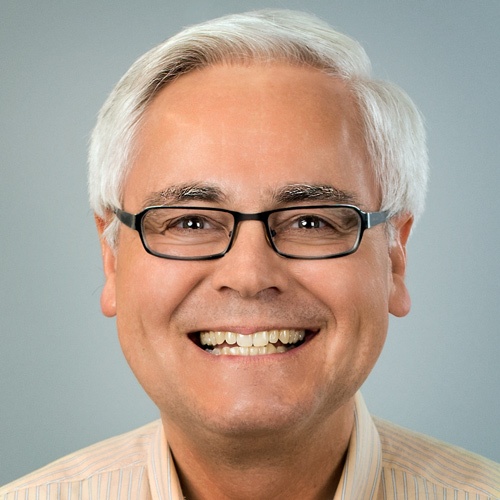 Previously I announced that by mid-2019, I would be stepping down as Chief Executive Officer (CEO), President, Publisher, and Chief Financial Officer (CFO) of Berrett-Koehler Publishers (“BK”).  I am now happy to announce that we have selected David Marshall to be BK’s new CEO and CFO, and we have selected Johanna Vondeling to be BK’s new President and Publisher.  Our press release announcing this leadership change is here.

David and Johanna will start in their new roles on May 1, 2019.  We are currently in a transition period in which they are preparing for their new roles and I am seeking to pass on everything I can pass on to them that might be of value.  So it would be timely now to congratulate them—which I encourage you to do—but too early to bring matters to them that would normally go to me.  Please note that we are creating plans for interactive sessions (by video conference as well as in person) where BK community members will be able to meet David and Johanna, pose questions, and offer advice.

I am also excited about the change in my BK role.  I will give up my managerial role but I will continue to work full-time at BK in my original and greatest publishing love: serving as an editor.  I have been an acquiring editor continuously for 37 years—since 1992 when I founded the business and management publishing program at Jossey-Bass Publishers—and am one of the most experienced editors in the country.  Although I subsequently served as CEO of Jossey-Bass, as founder of Berrett-Koehler Publishers, and as BK leader for 27+ years, what I have always most enjoyed doing—and what I felt I was best at—was working with authors to help them shape and articulate their messages to make a bigger difference in the world.

Now—with strong BK foundations established and with tremendously talented new leaders ready to step up—I believe that I can actually add more value to BK in an editorial role.  I plan to continue serving on the BK board of directors, so I’ll have some ongoing leadership impact, but I won’t have daily managerial responsibilities, which will allow me to better work with authors.  I’m going to begin my personal transition by taking the longest vacation I have ever taken in my career (three weeks in late May and June), and I will surely need to provide some information and other support to David and Johanna during early months in their new roles, so it may take several months before I’ll truly be able to devote full time to editorial work.  But, at age 65 and in great health, I am excited and ready to begin this new chapter of BK service.

You may be interested in a little of the back story about how we arrived at this leadership decision.  First, a “Leadership Selection System Task Force” of board and staff members (Jesse Stoner, Marilyn McConnell, Arielle Kesweder, Rosalee White, and me) worked for several months with BK staff, authors, shareholders, board members, and other stakeholders to formulate: (a) the selection process; (b) the leadership job description; and (c) dozens of selection criteria in five areas (mission and values alignment, community building and engagement, vision and strategic leadership, execution and strategic implementation, and personal attributes) for judging candidates for the position.  Then the board appointed a CEO Hiring Team—consisting of me, the board chair (Praveen Madan), an employee representative (Zoe Mackey, who was selected by vote of the BK staff), and a BK author with extensive experience in leadership selection (Joyce Roche)—to manage the selection process.  After publicizing the job opening through media, numerous job sites, and the BK community, the Hiring Team considered two dozen external candidates along with internal candidates (current BK staff).  The Hiring Team conducted a lengthy and rigorous process of evaluating the top external and internal candidates—including asking candidates to complete multiple assignments further describing their experience and approaches; interviews with 30 BK staff members, board members, and authors; and structured ratings and observations by everyone who interviewed the leading candidates—and provided to the board of directors extensive assessments of the leading candidates.  The board then did its own intensive evaluations.

In the end, after three rounds of deliberations, the board decided that a collaborative leadership model—combining the talents and perspectives of current BK leaders David Marshall and Johanna Vondeling—would best provide the leadership that Berrett-Koehler needs going forward to continue building its business and fulfilling its mission.  As CEO and CFO, David will provide overall executive and financial leadership for BK and will also oversee its promising new online training business.  And as President and Publisher, Johanna will oversee the editorial, design and production, sales and marketing, and other areas of BK’s book publishing. Johanna will report to David, but they will work in tandem on company strategy, vision, and interacting with the many BK communities and stakeholders.

I am thrilled that David and Johanna will be serving as BK’s leaders.  In my view, they are a dream team because of their deep commitment to BK’s mission and values, already-established extensive connections with hundreds of BK’s community members, and tremendous, complimentary talents and expertise.  They have already been working closely together for more than 11 years, and so we already know that they can and do make 1 + 1 equal 3.  And I will add that everything I have seen David, Johanna, and BK staff do since they were informed of this Board decision has further reinforced my sense that this collaborative leadership model is a good fit for BK at this juncture of our history and that David and Johanna are the right leaders to help BK grow and prosper economically as well as in mission impact.

Many thanks to all BK community members who have contributed valuable time and insight to our leadership transition—or in helping us build our readiness to make this transition.

How Creating a World That Works for All Starts with Diversity, Equity, and Inclusion (DEI)