Find Your Next Read: Our Bestselling Books in July 2019

Nothing beats the summer heat like sitting with a cold drink and a good book! This summer, BK authors have been featured at the top of reading lists and have received glowing reviews from around the world. Tony Saldana’s newest book, Why Digital Transformations Fail, was named the most useful business book that you have yet to read by Forbes. Devora Zack’s bestselling classic, Networking for People Who Hate Networking, now on its second edition, was also featured on Forbes as one of the best books to boost your networking game. Marjorie Kelly and Ted Howard’s book, The Making of a Democratic Economy, was also profiled in the Christian Science Monitor’s piece on worker-owned cooperatives, challenging top-down, toxic capitalist structures, and building the economy of the future.

Speaking of building the economy of the future, we’re incredibly excited to announce Berrett-Koehler, along with B Lab and the Social Venture Circle, will be hosting The People First Economy Online Summit from September 17th through the 28th. This summit is a totally free, ten-day event that will teach you how to transform your organization with people-first practices to create a more equitable economy and a healthier planet. Sign up to reserve your spot today!

For more on how to shape the future for yourself, your team, organizations, and the world, read on for July’s best-seller list:

With the release of the third edition of Leadership and Self-Deception last fall and the forthcoming second edition of The Outward Mindset set to hit shelves in September 2019, the Arbinger Institute continues to grow as the world’s pioneering organization on leadership, change management, and organizational development.

The third and newest edition of Leadership and Self-Deception shares that the key to leadership lies not in what we do but in who we are. Along with The Outward Mindset and The Anatomy of Peace, which complete the Arbinger Suite, readers are bestowed with moving and captivating stories on navigating conflict, reflecting inwards, and making a change. The Arbinger Institute has helped thousands of individuals, teams, and organizations achieve breakthrough results by making the one change that most dramatically improves performance, sparks collaboration, and accelerates innovation. These titles inspire readers across the globe to move outwards and preserve the relationships that matter most.

Have you eaten your frog today? There isn’t enough time for everything on our to-do lists—and there never will be. Successful people don’t try to do everything. They learn to focus on the most important tasks and make sure they get those get done.

Eat That Frog! shows you how to organize each day so you can zero in on these critical tasks and accomplish them efficiently and effectively. The core of what is vital to effective time management is decision, discipline, and determination. This life-changing book will ensure that you get more of your important tasks done today!

Eat That Frog! is available in multiple interactive formats, including a card deck, workbook, video training, and audiobook.

3. The Making of a Democratic Economy 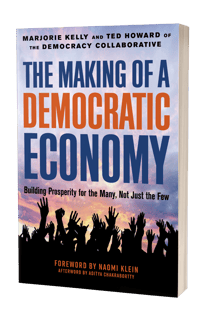 Our economy is designed by the 1 percent, for the 1 percent. At a time when competing political visions are at stake the world over, this book urges a move beyond tinkering at the margins to address the systemic crisis of our economy.

Kelly and Howard outline seven principles of what they call a democratic economy: community, inclusion, place (keeping wealth local), good work (putting labor before capital), democratized ownership, ethical finance, and sustainability. Each principle is paired with a place that puts it into practice: Pine Ridge, Preston, Portland, Cleveland, and more.

The road toward a system grounded in community, democracy, and justice remains uncertain. Kelly and Howard help us understand that we make this road as we walk it by taking the first step together beyond isolation and despair.

4. On the Brink of Everything 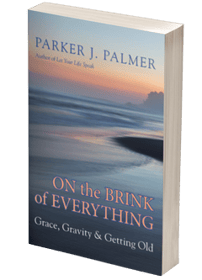 Parker Palmer’s writings on teaching, education, leadership, and service have garnered a following of hundreds of thousands of people around the world.

Released in the summer of 2018, On the Brink of Everything reflects on the trials and tribulations endured over eight decades of life as “a passage of discovery and engagement.” This profound work of honesty, poetry, and a transcendent view of what it means to navigate life with grace and gravity resonates with everyone regardless of profession, age, location, or outlook.

Digital transformation is more important than ever now that we’re in the Fourth Industrial Revolution, where the lines between the physical, digital, and biological worlds are becoming ever more blurred. But 70 percent of digital transformations still fail.

Why? Tony Saldanha, a globally awarded industry thought-leader who led operations around the world as well as major digital changes at Procter & Gamble, discovered that it's not due to innovation or technological problems. Rather, the devil is in the details: lack of clear goals along with disciplined processes for achieving them. In this book, Saldanha lays out a five-stage process for moving from digitally automating processes here and there to making digital technology the very backbone of your company. 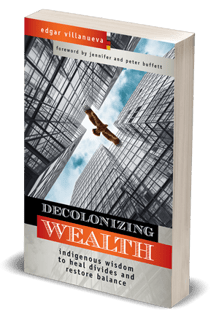 From features in the New York Times to engaging in ongoing and provocative conversations on addressing the racial wealth gap, breakout star Edgar Villanueva is changing and decolonizing the world, one funder and philanthropy at a time.

Villanueva issues a profound call to action, advocating that,

“We have to be honest about the sources of wealth and how wealth was accumulated in this country—a great part of it was on the backs of people of color, and now those communities are benefiting from just a very small percentage of dollars… Once you know, how can you not be equitable about how you’re distributing the money?”

Decolonizing Wealth is a timely and critical book that preaches for mutually assured liberation and the establishment of an economy in which we are all interconnected. Psst, he’ll be speaking at our upcoming Summit!

Laura Van Dernoot Lipsky is the founder and director of The Trauma Stewardship Institute, and she has dedicated the last three decades of her life to trauma exposure. This work involves increasing awareness and support for those working in trauma care and empowering them to take care of themselves while taking care of others. To keep from being overwhelmed, we need to respond to suffering in a thoughtful, intentional way, not by hardening our hearts or by internalizing others’ struggles, but by developing a compassionate presence. Lipsky offers a variety of practices, drawn from modern psychology and a range of spiritual traditions, that enable us to look carefully at our reactions and motivations and discover new sources of energy and renewal.

She writes in her best-selling book, which has become a staple of our monthly list:

“While our deepest instincts are ultimately to do what is best for ourselves, sometimes we need guidance to recognize when we’ve wandered away from our truest selves, and lessons to learn how to regain our bearings.”

In this partly autobiographical book, former economic hit man John Perkins details how he convinced countries that are strategically important to the U.S.—from Indonesia to Panama—to accept enormous loans for infrastructure development and to make sure that the lucrative projects were contracted to U.S. corporations. Saddled with huge debts, these countries came under the control of the United States government, World Bank, and other U.S.-dominated aid agencies that acted like loan sharks—dictating repayment terms and bullying foreign governments into submission. As dark as the story gets, this reformed EHM also provides hope and an insider’s view into how we can change this system. This New York Times bestseller exposes international intrigue, corruption, and little-known government and corporate activities that have dire consequences for American democracy and the world.

Leadership is a relationship—but that relationship must change, say legendary organizational scholar Edgar Schein and former Silicon Valley executive Peter Schein. The vertical hierarchy, with its emphasis on formal, transactional relationships, professional distance, and all guidance coming from the top, is hopelessly inflexible and outdated.

In a complex world, leadership must rely on high levels of trust and openness throughout the organization, and that can be achieved only by what they call personization and Level 2 relationships, which build the agility to make course corrections quickly. This book shows how such humble leadership has built effective cultures in a whole range of sectors: health care, the government, the military, tech and innovation, and more.

10. The Body Is Not an Apology

"Taylor invites us to break up with shame, to deepen our literacy, and to liberate our practice of celebrating every body and never apologizing for this body that is mine and takes care of me so well." - Alicia Garza, co-creator of the Black Lives Matter Global Network and Strategy + Partnerships Director, National Domestic Workers Alliance

The Body Is Not an Apology offers radical self-love as the balm to heal the wounds inflicted by these violent systems. World-renowned activist and poet Sonya Renee Taylor invites us to reconnect with the radical origins of our minds and bodies and celebrate our collective, enduring strength. As we awaken to our own indoctrinated body shame, we feel inspired to awaken others and to interrupt the systems that perpetuate body shame and oppression against all bodies. When we act from this truth on a global scale, we usher in the transformative opportunity of radical self-love, which is the opportunity for a more just, equitable, and compassionate world—for us all.