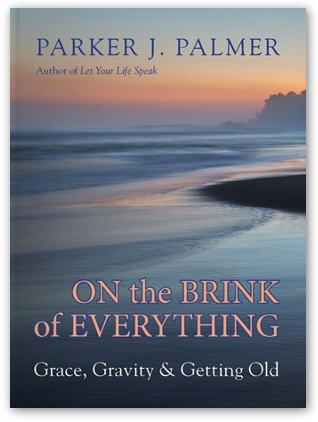 A BRAVE and BEAUTIFUL
MEDITATION on AGING

Live every stage of life with gratitude, generosity,
and an open mind and heart.

Get your copy from these sellers:

From beloved and bestselling author Parker J. Palmer (Let Your Life Speak), a brave, beautiful book of reflections on eight decades of life and work. Reframing aging as “a passage of discovery and engagement,” Palmer writes, “Old is just another word for nothing left to lose, a time to take bigger risks on behalf of the common good.”

With gravity and levity, compassion and chutzpah, Palmer talks about the importance of developing a robust inner and outer life, a sense of meaning and purpose amid pain as well as joy, and the intergenerational relations that enhance the lives of young and old alike. Here’s a book not only for elders but for those younger folks we call “old souls.”

Ultimately, Palmer sees age as a precious gift. Surprised by the fact that he likes being old, he writes, “Welcome to the brink of everything. It takes a lifetime to get here, but the stunning view of past, present, and future—and the bracing breeze in your face—make it worth the trip.”

Parker J. Palmer is a writer, speaker, and activist on issues in education, community, leadership, spirituality, and social change. Founder and Senior Partner Emeritus of the Center for Courage & Renewal, he holds a Ph.D. in sociology from the University of California at Berkeley, thirteen honorary doctorates, two Distinguished Achievement Awards from the National Educational Press Association, and an Award of Excellence from the Associated Church Press.

Palmer is the author of ten books—including several award-winning titles—that have sold over 1.5 million copies and been translated into ten languages: On the Brink of Everything, Healing the Heart of Democracy, The Heart of Higher Education (with Arthur Zajonc), The Courage to Teach, A Hidden Wholeness, Let Your Life Speak, The Active Life, To Know As We Are Known, The Company of Strangers, and The Promise of Paradox.

In 1998, a national survey of 10,000 educators named Palmer one of the thirty “most influential senior leaders” in higher education and one of the ten key “agenda-setters” of the decade. In 2005, Living the Questions: Essays Inspired by the Work and Life of Parker J. Palmer, was published. In 2010, Palmer received the William Rainey Harper Award; previous recipients include Margaret Mead, Elie Wiesel, and Paolo Freire. A member of the Religious Society of Friends (Quaker), Palmer and his wife Sharon live in Madison, Wisconsin.

Read What They're Saying

“Parker Palmer is one of my greatest mentors. He has the spirit of a poet and the stature of a prophet.”

—Krista Tippett, founder of On Being Studios and National Humanities Medal winner
“Parker Palmer is the most integral and wholehearted teacher of our age. At eighty, he has seen much, questioned everything, and returned with essential wisdom. This book will stir your soul.”

—Mark Nepo, author of The Book of Awakening
“A book of immense gratitude, consolation, and praise—a wondrously rich mix of reality and possibility, comfort and story, helpful counsel and poetry, in the voice of a friend. It’s an honest wake-up chime, no matter where you are in your own time line.”

—Naomi Shihab Nye, author of Voices in the Air
“Our entire culture is in need of true elders, and you can’t be one until you have arrived there—chronologically, spiritually, and intellectually. Here’s a man who has arrived, with another book that’s a generous gift to all of us.”

—Richard Rohr, author of Falling Upward
“Parker Palmer has mentored countless young people, including me. My greatest aspiration is to journey through life and arrive at the brink as Parker has, with humility and faithfulness.”

—Valarie Kaur, founder of the Revolutionary Love Project
"One of the wisest people on the planet has written one of the finest books on growing b/old gracefully. This warm and witty book will delight and inspire readers of all ages."
—Richard Leider, bestselling author (and coauthor) of The Power of Purpose, Repacking Your Bags, and Life Reimagined
“

Old is Just Another Word for Nothing Left to Lose

Drawing on eight decades of life – and his career as a writer, teacher, and activist – Palmer explores the questions age raises and the promises it holds. "Old," he writes, "is just another word for nothing left to lose, a time to dive deep into life, not withdraw to the shallows."

But this book is not for elders only. It was written to encourage adults of all ages to explore the way their lives are unfolding. It's not a how-to-do-it book on aging, but a set of meditations in prose and poetry that turn the prism on the meaning(s) of one's life, refracting new light at every turn.

From beginning to end, the book is laced with humor as well as gravitas, beautifully enhanced by three free downloadable songs from the gifted singer-songwriter Carrie Newcomer, written in response to themes in the book.

Get your copy from these sellers: 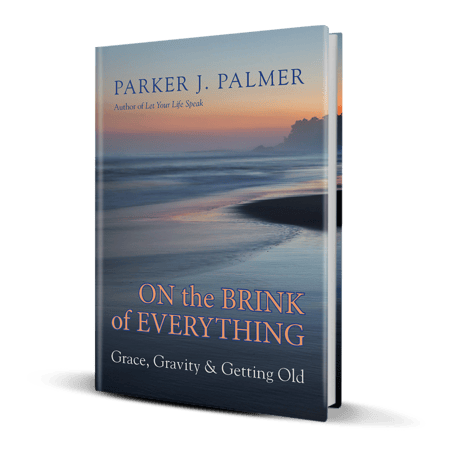