Why Is Diversity Training So Controversial?

It's an understatement to say that the past several months have been a troubling time for those of us committed to racial equity and broader diversity, inclusion, and belonging. The Black Lives Matter movement, which began after the acquittal in the murder trial of Trayvon Martin seven years ago, reignited as people took to the streets in extraordinary numbers to demand justice. The horror of George Floyd's murder, so closely following the killings of Breonna Taylor and Ahmed Arbury, and occurring at a time when the COVID-19 crisis was hitting the hardest in communities of color, unleashed an explosion of activism alongside calls for police reform, as protestors hope to shine a light on the systemic racism that continues to repress people of color in our country. These protests were joined by statements of commitment and support for the movement from companies and organizations around the world. With such extraordinary support for justice and reform, why does diversity training remain controversial?

1) Diversity training has wrongly become an "us vs. them" issue

Sadly, overt white supremacy, as well as more subtle examples of racial injustice, have found a stronger foothold during the Trump presidency. Rather than addressing racially motivated police brutality, his vitriol and provocations against the Black Lives Matter movement and the protests politicize the social movement, attempting to frame it as a Republican-versus-Democrat, us-versus-them issue. Trump has unfortunately seemed more interested in discrediting the isolated incidents of violence during the protests then taking up issues of systemic racism that the multitudes of peaceful protestors urgently care about.

Nonetheless, undeterred people across the country, representing a diverse array of backgrounds and ethnicities, have come together in solidarity with the protest, vowing to make a difference in their communities, workplaces, and individual lives. Numerous books have emerged on bestseller lists. Many Americans are reckoning with structural racism resulting from white privilege that has left people of color fearing encounters with police, facing a concrete ceiling in their careers, and experiencing biases imposed by a dominant white culture — whether unintentional or not.

2) Some mistakenly view diversity training as a personal attack

Companies have begun or have reinvigorated conversations about biases in hiring practices, micro-inequities and micro-advantages, and racial disparities for under-represented groups. Even in the economically challenging times we are living in, new efforts to educate people in organizations of every kind have emerged. But it's an understatement to say that not everyone is on board with the discussions. Detractors question the message and the time and monetary investment. Many see the ideas inherent in diversity training conversations as an affront to their personal values and a threat to a system that serves them well.

Several of us have been caught in the crosshairs of these attacks, based almost entirely on misrepresentations of the intention and methodology of our work— and even out-and-out lies. Some of this led to Trump's decision to draft an executive order to attempt a modern-day book burning by banning some kinds of diversity education from first the government, and then subsequently from government contractors. Fortunately, the results of the election mean that this action will likely be short-lived, but it still points to the reality that even as 1500+ CEO's sign the CEO Action Pledge for Diversity and Inclusion, created by Tim Ryan at PriceWaterhouseCoopers, resistance to the work is still significant.

Some of this is to be expected. For some people, it is an expression of their conscious and willful bigotry towards people of color, women, LGBTQ folks, or others who are marginalized by the current system. For others, the resistance to diversity is an overt attempt to centralize their power in a system in which demographic trends indicate that they will become more of a minority over the next few decades. For far more, however, the resistance can be more subtle and even unconscious.

Systemic patterns of bias do not remain in existence because they don't benefit somebody. People whose group dominance gives them advantages based on the current system are not anxious to relinquish those advantages, and because those advantages have been around before any of us were even born, people with privilege may not even see them as advantages. That is, in fact, an inherent quality of privilege: to not have to acknowledge that it exists, even to oneself! These patterns of dominance and privilege occur as "the way the world works." In either case, educational efforts, like affirmative action or any other attempts to deconstruct white, male, heterosexual, or other forms of hegemony, can occur as a direct threat, especially to people who are benefitting from the existing system.

4) Stereotyping and unconscious bias is powerful

Besides all this, there's also stereotyping and the actions of the unconscious mind to consider.

Stereotyping on the basis of race

Incidents of unfair treatment on the basis of race abound. From the episode of a Starbucks employee calling the police on two Black men harmlessly sitting at a table to two Middle Eastern passengers kicked off a Chicago flight for speaking Arabic. These aren't so much a series of individual instances as much as they are an endemic pattern. Yet people tend to think we're immune to biases and stereotyping – and they consequently have a greater likelihood to be unconsciously denigrating people in non-dominant groups.

Constructions of the unconscious mind

Our perceptions and our social judgments are all constructed by our unconscious mind. They form from the limited information that we interpret through the expectations we have, the context in which we see a situation, and what we hope to get out of a situation. This means that, when we observe a person or situation, our unconscious memory guides our reaction. It operates quickly and instinctively, driven by visceral, emotional responses. This leads us to see people in the context of the ideas we've developed about "those kinds of people." We're more positively disposed toward people who we've been conditioned to feel are like us and more negatively disposed toward those we feel are not.

When you're not taking the time to engage in critical thinking, it's easy to develop opinions based on your own experiences or that of your social group. Opinions not thoughtfully generated will leave out a lot of crucial information.

It's not uncommon for people to direct their attention to particular groups and behaviors, while at the same time remaining completely blind to others. Members of the dominant group – which in the U.S. generally means white, male, Christian, and heterosexual – are often unaware, for example, that people are more likely to talk over women in business meetings and to give their full attention to the men. Many behaviors taking place around us on a daily basis go unnoticed or are only noticed selectively. We see what we look for, and we look for what we know. Who, for example, do we see doing something wrong, and who do we neglect to notice exhibiting the same behavior?

So many of our personal biases are not personal at all. They're deeply influenced by the cultures and groups with whom we associate. This becomes obvious when we look at the hundreds of historical examples where normal people got caught up in a sort of collective societal madness and turned on their fellow citizens. We are deeply influenced by our group associations and beliefs. Life is easier when we fit in with the group around us, yet at some point, we stop thinking because the group thinks for us. Consider thought patterns that go unchallenged, such as that people who go to certain schools are better or that people in a certain socio-economic group are simply "our kind of people."

When people hear about concepts of white power, white privilege, and white supremacy in diversity training, they often don't feel it describes them. They see themselves as good, well-intentioned people. And while these concepts don't necessarily mean that every white person has more access, money, or even safety than every person of color, they regardless mean that the system makes it easier, safer, and more accessible as a whole to be white. Privilege also allows us to not have to pay attention or to be unaware of what others have to deal with.

Disparities continue in virtually every area of our lives. People of color walk a tight rope that has them teetering on the brink of disaster based on societal suspicions and fears. It's past time for us to take responsibility. Diversity education is a first step in acknowledging the injustices of the past and understanding how the past has given us patterns of being in society that are advantageous to the dominant group. It helps us to recognize patterns that have impacted us personally and to change behavior to end the patterns.

There will always be resistance. Systems do not want to change. They are, after all, perfectly designed to produce exactly the result that they are producing. However, my personal 35-year experience in the field has taught me that we just have to keep moving forwards in whatever ways we can. Ludwig von Bertalanffy, one of the founders of General Systems Theory, called it equifinality: many roads to the same place. 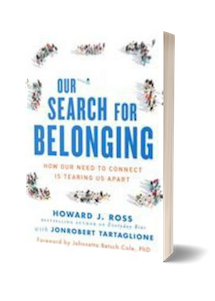 If education is delayed, focus on systems and structures, leadership development, coaching, developing employee resources groups, putting in better measurement systems, or dozens of other ways to address the challenge. Whatever it takes, keep moving forward. And, as practitioners, it is important that we keep an eye on what moves the system, as opposed to only paying attention to what moves us. As the old saying goes, "when you go fishing, you bait the hook with what the fish likes to eat, not what you like to eat."

Essentially, the ultimate purpose of diversity training is to fulfill the American Dream: that all people are created equal, and all have inalienable rights to life, liberty, and the pursuit of happiness. As for the detractors? Don't let fools get you down.

Is Psychological Safety the Core of Your Organization's DEIJ Program?